A writer and musician for as long as I can remember – I use songwriting as a way to understand who I am as a husband and father.  The transparency in my songwriting allows the listener a window into my life, as my songs reflect life’s struggles and redemption.

On an average day, I am trying to find a new way to be creative.  Growing up, I wanted to be any of the following: a painter, a novelist, a poet, a musician and a baseball player.  Now well into my 30’s, I’ve somehow managed to put all of those passions to work in my professional career as a graphic designer and a songwriter (except the baseball part).

However, writing songs has never been more than the constant need to entertain my personal muse.  When I was in high school, I would write songs as if my life depended on it.  I would immediately record them on tapes that now collect dust in a closet in my small home studio.

I have never been shy about letting my friends, family and strangers hear my music, but I’m a little hesitant to allow anyone to hear the songs I recorded in high school, but once I entered college in 1999, I began to write songs that I intended to play to a wider audience and record in real studios.  Many of those songs were brought to life in 2004’s “Other Side of Town”, a record which took nearly 3 years to complete because I simply didn’t know what I was doing until a good friend stepped in to give me direction.

During that time period, I got married, which opened an entire new world of songs that had yet to be written: songs about someone I was in love with.  A collection of songs formed themselves and I was able to record album #2, “Forever, Out of Here”, which took only a few months to complete.  The final song on the record, “Provo” turned out to be a perfect transition, as it is about dropping everything and leaving a comfort zone to pursue something new, which is what we did when we packed up and moved to Colorado in September 2005.

Since then, I took a step back to view my songwriting from an even wider perspective, and attempted to take the next project very slow.  Perhaps writer’s block helped the process slow down, but that’s not an excuse I like to use.  I began recording “A Long Time Before” in August 2008 and suffered a hand injury in October, which frustratingly halted any guitar playing I wanted to do until early March 2009, when we picked up the ball and started running again, and eventually released it the summer of 2012.  It’s a collection of songs I have lived with for many years – and taught me where I’ve been and where I’m going.  They’re personal and have personalities.  It’s always been my hope that people who listen get a glimpse into my life and are encouraged.

Boy, this is a hard one to write. I recently spoke at a graduation dinner for two high school graduates. I talked a lot about identity and where identity comes from. Is it something inherited, or is it up to you to establish? Many years ago I explored this very thing...

END_OF_DOCUMENT_TOKEN_TO_BE_REPLACED
Go to the Blog

Pictures Through the Years

*Counting the ones he recorded in high school

I’m lucky to have the opportunity to be the music director at Redeemer Presbyterian Church in Parker, Colorado.  If this interests you, you’re welcome to attend at 10:30 on Sunday mornings.  Click here for details

I continue to use all three of my names to avoid being confused with these fine gentlemen: 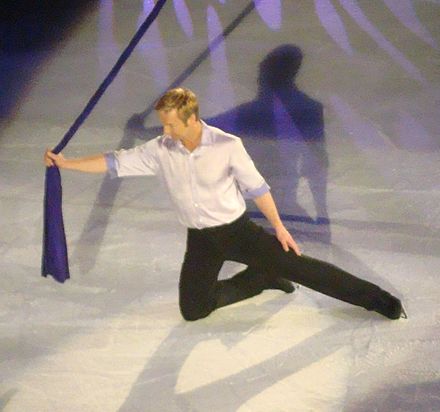